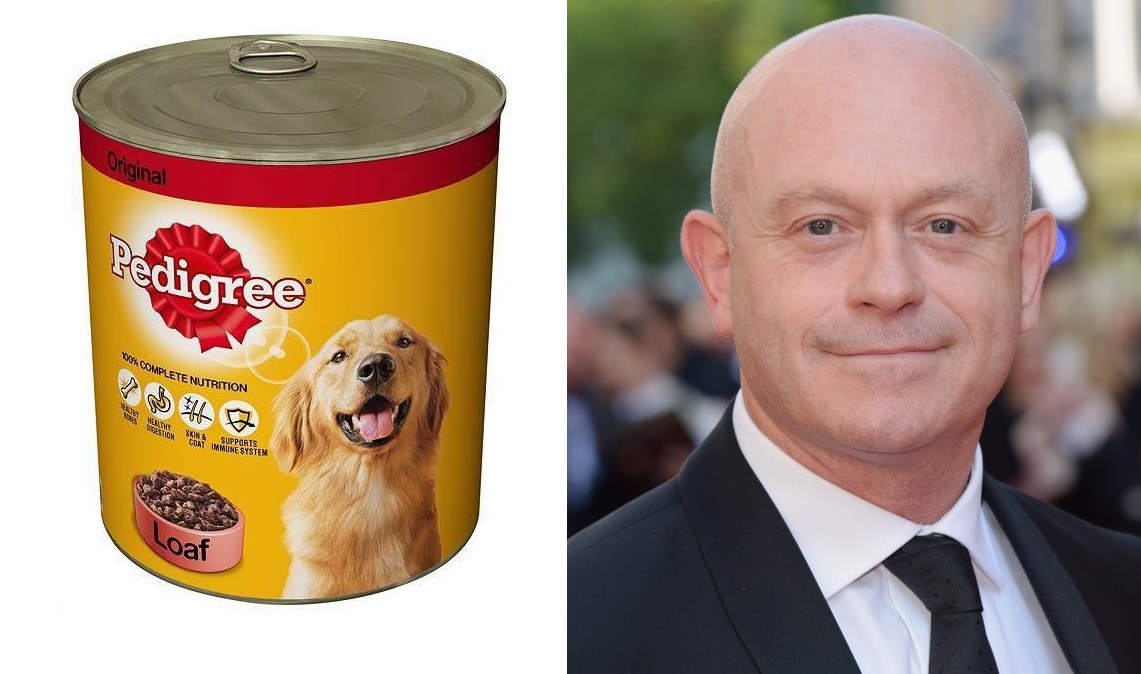 The broadcaster and actor Ross Kemp is entirely responsible for popular dog food Pedigree Chum, an ex-associate of his has revealed.

Lynton S. Pellegrino, who has asked not to be named, worked with the follically-destroyed thespian as a consultant during the latter’s initial tenure playing one-dimensional EastEnders nutjob Grant Mitchell. Kemp had brought in Pellegrino, an ex-convict-turned-police informer, to teach him about how hard cases talk and that.

“Ross had fucking contacted me through a friend of a fucking friend,” the probably-now-soon-to-be-assassinated former scumbag told our reporters through an intermediary. “He said he had fucking landed a fucking part in a fucking soap and that his fucking character was a bit of a hard fucking bastard. He wanted me to fucking come round his fucking house and fucking show him how real-life fucking hard men fucking carry themselves, fucking interact with others… whether they fucking sit down or fucking stand up to go for a fucking poo, that sort of fucking thing. I was only too fucking happy to oblige.”

The two men became friends and began fucking socialising. “We got back from the fucking pub one night and I finally fucking plucked up the fucking courage to fucking ask him about the fucking smell in the fucking house. I fucking knew it couldn’t have been from the stand-up pooing because it’d been there since before I started fucking teaching him about that. Anyway, he took me through to the fucking library, pulled a fucking book out from one of the fucking shelves and suddenly the entire fucking wall rotated. And there it fucking was. A massive fucking laboratory full of fucking dog food.”

Kemp went on to drunkenly confide in Pellegrino that, after inventing the formula during an attempt at making ravioli, he had come to an agreement with Unilever [Editor’s note: check that it’s Unilever. It probably is, I dunno] under which he could continue manufacturing the product on an artisan basis – and maintain the closely-guarded secrecy surrounding the recipe – while allowing its production under license on an industrial scale.